1980 1981 1982 Buick Cadillac Chevrolet Oldsmobile Pontiac used AM/FM 8 track CB stereo radio delco part # 16012856. This is a GM factory radio and CB has GM logo on the mike.  It is in very good cosmetic condition complete with all knobs and push buttons working and has no cut wires 8 track was working when tested radio had very little volume and CB was not tested due to no CB antenna, so should be serviced before installation and can be usef for earlier or later years 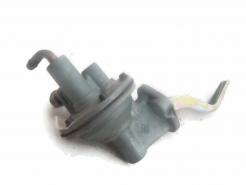