This is a starter switch that is dash mounted and is used on cars that used a foot operated or dash mounted engine start switch    item is a dash monted switch  the knob is chrome plated  and says starter .... knob is a push in  knob to turn on not a pull knob  shows as a universal fitting cars and trucks  in the 1935 thru 1955 era and all models  like ford mercury lincoln studebaker hudson pontiac chevrolet buick cadillac  and many others models   item is a used item  very good used condition chrome has no pitting and chrome is very nice sold as shown 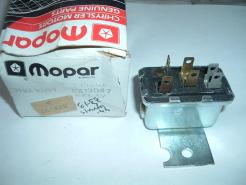